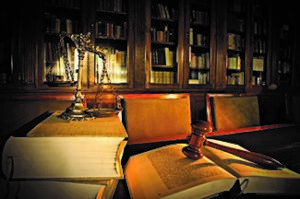 The 2022 supplement to the Uniform Criminal Jury Instructions is now available for preorder. The Uniform Criminal Jury Instructions Committee had its work cut out for it in 2022, resulting in 35 amended instructions and two new instructions. Culpable mental states and delivery of controlled substances were just two of the topics the Committee tackled in response to appellate case law. Legal Publications Attorney Editor Dean Land, who is OSB’s liaison to the Committee, has provided the following insight into the Committee’s work. END_OF_DOCUMENT_TOKEN_TO_BE_REPLACED

The legislation’s effect on the jury instructions is something that the Uniform Criminal Jury Instructions Committee is still working to untangle. For example, ORS 475.864 (2013), which criminalized the possession of a certain amount of marijuana, was not simply repealed. Instead, the new version of the statute criminalizes possession of marijuana under certain circumstances, based on criteria including the age of the possessor, the location of the possession, and the amount and form of the marijuana. Furthermore, the statute does not apply to licensed growers, processors, and sellers “acting in accordance with” Measure 91. ORS 475.864(6) (2015). This raises questions. Does a district attorney who charges unlawful possession of marijuana have to prove beyond a reasonable doubt that the defendant did not act in accordance with Measure 91? Or is acting in accordance with Measure 91 an affirmative defense? And perhaps most perplexing of all, how should that element of the crime be phrased for the jury?

These are among the many questions confronting the committee as it works to update the instructions for marijuana crimes. Although the committee was unable to revise these instructions in time for the 2015 UCrJI Supplement, it alerted practitioners to the issue by adding notes to the potentially affected instructions. The committee expects to have revised marijuana-crime instructions ready for the 2016 Supplement. In the meantime, judges, defense attorneys, and prosecutors are encouraged to contact committee members with any suggestions.

Although no one has been keeping track, State v. Mills, 354 Or 350, 312 P3d 515 (2013), probably holds the record for the case that necessitated changes to the most jury instructions. Mills is the Oregon Supreme Court case holding that venue is no longer an issue for the jury. And, as anyone familiar with Oregon’s Uniform Criminal Jury Instructions knows, most of the instructions list the elements of particular crimes, beginning with the venue element: “The act occurred in _______ County, Oregon.”

After Mills came down, the Uniform Criminal Jury Instructions Committee had to remove the venue element from 381 instructions. It also withdrew three other instructions that addressed specific venue situations. So Mills accounted for changes to 63% of the instructions in the book (and a headache for a certain staff member of the Legal Publications department).

Rest assured, all those changes and more are incorporated in the 2013 Supplement to the Uniform Criminal Jury Instructions. The supplement is available for preorder at a discounted price through January 24 (and at full price thereafter), and the updated instructions will be posted on BarBooks™ by the end of January.